Uber Hooks Up with Yelp for 'Explore'

Uber launched a new feature in its flagship app that relies heavily on Yelp content and reviews: Explore. It wants to help users to discover entertainment, nightlife, cultural experiences and restaurants. It's part of Uber's ongoing app diversification: giving people more things to do with Uber, while reinforcing the core ride-hailing proposition. It's available in 14 (mostly US) locations, including Chicago, New Orleans, San Francisco, Seattle and Mexico City. It will be personalized based on prior usage of Uber (places you've been) and Uber Eats (favorite food categories). It will also enable dinner reservations and ticket purchases using the stored payment card. Of course, every listing comes with a "book a ride" prompt.

After Saks Fifth Avenue separated its stores and e-commerce businesses into two separate companies, institutional investors have been pressuring other major retailers such as Macy's and Kohl's to do the same. That's a clear a mistake for everyone but the investors. While Kohl's is still considering it, Macy's has rejected the idea. In Q4, Macy's outperformed analyst expectations and concluded that a "single integrated company" would perform better than a fragmented one. The company reported that online sales were "39% of net sales" (a big number), though that was down 5% from 2020, but 9% better than in 2019. Macy's also said, omnichannel or hybrid shoppers are the company's most loyal, buying 3.5X more often and spending 2.5 to 3.5X more than single channel shoppers – online or off.

Not Supporting Ukraine Now a Brand Risk for Tech

Much has changed since Russia invaded Ukraine roughly a week ago. Major tech companies took baby steps at first, uncertain of how to proceed. Initially, Google, Twitter and Meta blocked or limited ads in selected cases – ads. Tentative action has given way to much more sweeping efforts by the major companies. For example, Microsoft is now defending Ukraine against Russian cyberattacks. Google has dropped Russian state media from News and blocked it on YouTube across Europe. AirBnB is offering to house 100K refugees for free in properties it manages. The list goes on. Apple was largely silent and very late to announce moves on Ukraine/Russia. It finally took steps yesterday, including stopping the sale of Apple products in Russia, among other things.

Amazon Kills Bookstores for Grocery Biz Amazon's CEO Andy Jassy has made the decision [https://www.reuters.com/business/retail-consumer/exclusive-amazon-close-all-its-physical-bookstores-4-star-shops-2022-03-02/] to shutter most of the company's brick and mortar 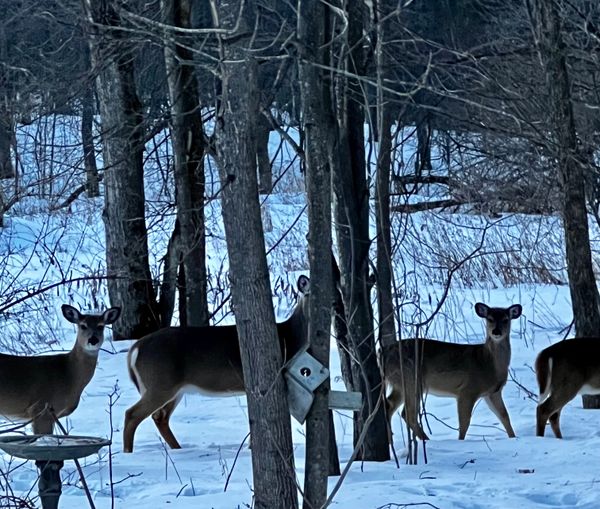 While it was a short month on the calendar, it was a long one in all the wrong ways. But here we are with winter soon ending and spring on