Last week we reported on the now-obvious fact that Google owned the local review economy. It hasn't always been that way.

When and why did Google come to so dominate the space?

Working with the help of GatherUp by Traject* , I examined the review corpus for a moderate sized chain of ~200 restaurants from 2013 to the end of 2020 and parsed those reviews by site and year of posting.

Why did I pick the restaurant vertical? It's a category that, due to volume, is mostly spam free and tells the bigger story of passionate user generated content.

Restaurants were also one of Yelp's strongest plays. As the space became more actively contested with the entrance of Facebook and TripAdvisor, it was Yelp's to lose. Examining the restaurant vertical would also give me an idea of how well those relative latecomers fared compared to both Yelp and Google.

In 2013 Yelp and TripAdvisor were duking it out to become the dominant reviews platform. Google was a gnat on the behind of an elephant.

Breaking Up with Google+

After a few years of solid growth, particularly in mobile, Yelp started to pull away. Google was mired in the throws of an ugly break up with G+ and local reviews were a casualty of that battle. At the time it was huge burden to leave a Google review. Consumers didn't just need a Gmail account but a Google + account as well. While the goal of having a real user on Google+ leave the review was admirable, the barriers to entry were so high that few jumped through all the hoops.

By 2016, while Yelp had pulled ahead of both Facebook and TripAdvisor, Google was coming up from the rear. Google's review corpus grew an amazing 376% that year while Yelp's grew 56% and TripAdvisor only 31%.

In 2017 and 2018, Google's growth skyrocketed while Yelp's and TripAdvisor's both hovered in the 40% - 50% growth range. Facebook threw in the towel in the face of the competition and largely stopped promoting reviews in the timeline.

In 2018, the restaurant chain implemented proactive Google-only review solicitation in both their ordering app and via email. They saw their annual review growth go from 300% to 550%.

Subsequently the chain was sold, the review solicitation stopped and in the second half of 2020 and into 2021 the locations converted to the brand of the purchaser.

Google's growth actually started in 2014 and consistently, after that, outpaced Yelp. Over the six year time span, despite the acquisition and end of the brand, the restaurant chain was able to average 239% annual review growth on Google compared to an annual average rate of 43.4% on Yelp.

How did Google do it? Essentially the company made it much easier for individuals to leave reviews and made it both possible and easy for businesses to ask for reviews at scale. Google then proceeded to incentivize both users and businesses to do just that.

The fact that Google become the dominant local searcch platfrom didn't hurt their ascendency in reviews but that status was achieved with the help of their review product. Here is a timeline of some of the major changes and why they were important to this outcome:

Google's efforts in 2015 and 2016 laid the groundwork for the hyper growth we saw starting in 2016. This has left Google with an arguably insurmountable lead in restaurant reviews, one that is actually greater than the margin seen in the Birdeye data above.

Yelp's quarterly financial results include details about the growth rate of the review corpus across all of their businesses. Since 2017 growth has steadily declined.

Unlike Google, Yelp has consistently followed a path that makes leaving reviews harder for individuals and businesses. The company's review filter regularly sequesters reviews from newbie reviewers and reviews that are too short. And their long-standing and antagonistic policy against business solicitation has stymied businesses (big and small) in their desire to obtain legitimate reviews on Yelp.

In fact, Yelp has long had a contract term for their large data partners that not only prohibits them from asking for Yelp reviews within their own platform, it also prohibits them for asking for reviews from any other review site such as Google or Facebook. My understanding is that this prohibition  in the contract against asking for any third party reviews comes with the threat of very stiff fines as well.

It has obviously not worked as hoped.

Yelp's insistence on long-form reviews and no solicitation has hobbled the company in its battle with Google, and Yelp seems to be paddling against the tide of users who want to leave and read shorter, more visual reviews with better summaries.

But even the notoriously hard-nosed Yelp may be seeing the writing on the wall. I have received a number of reports that these very same large platforms that have a contractual obligation to not solicit reviews are being encouraged by Yelp reps to circumvent the rule by allowing their customers to easily integrate with other third party review platforms. Go figure.

Google has won the review volume game – at least for now. Yelp and the other general review sites seem to have lost the battle to attract both consumers and the businesses that are interested in local reviews.

In fact, if you examine just the past few years Google's lead in total reviews looks even more daunting, with an 89% total share to Yelp's declining 6% share.

The Future Is Murky

The future is hard to predict. Consumers could grow tired of the spam and thus reject reviews as we know them today. New and improved ways of assessing people, places and things may arise. Maybe the problem of moderation and spam abatement will be solved with better tools or more curation, and reviews will have a long life ahead. Who knows.

In the case of Google, reviews will continue to support their ever growing knowledge graph and its impact on our lives and businesses. Google uses reviews as a ranking tool, as a sub-entity data source and as a consumer-facing justification for showing a specific listing.

Facebook and TripAdvisor, to a lesser extent, have business models that don't rely as heavily on reviews so they will likely be fine. One could argue that Facebook recognized this and switched out of the 5 star review world into just thumbs up/thumbs down recommendations in 2018 as a result.

In the case of Yelp, Google's dominance, even in the restaurant space, may ultimately be fatal to Yelp's independence and even survival. No wonder that they are so adamant on the anti-trust front. Their existence may depend on it.

* Disclosure: I co-founded GatherUp and still consult there. 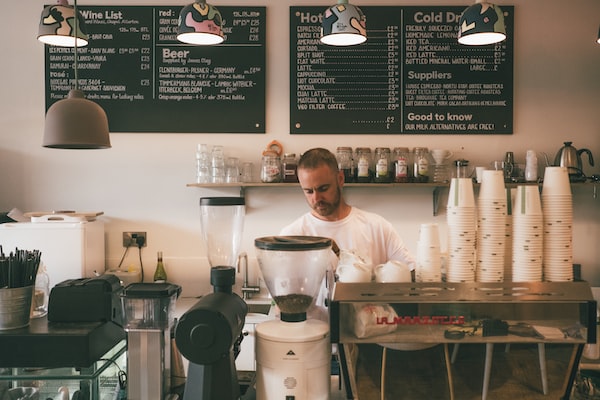 Nextdoor: Preference for SMBs Growing Nextdoor released [https://business.nextdoor.com/enterprise/blog/nextdoor-insights-series-5-our-changing-spending-habits] a new report, showcasing attitudes and behaviors of its audience ("consumers 16-64 who have used the 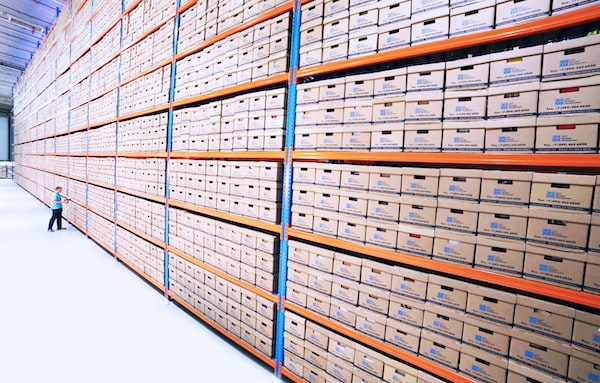 Leak Shows Massive Scale of Review Fraud The scale of the review fraud problem online is not precisely known, except that it's big. This is especially true for destinations like