Google recently rebranded Google My Business as "Business Profile." They have been heavily promoting the new name and features via email to get small businesses to interact with the new search and maps interface. Clicking through I discovered Google had an additional and more nefarious use for this campaign.

I was shocked that the first call to action wasn't an invitation to edit my listing or even an incentive to buy Google Ads. It was a call to support Google's fight against possible antitrust regulations.

With all of the buzz around the rebranding, Google apparently couldn't resist the opportunity, however brazen, deceptive and totally misguided, to enlist the small business community in its antitrust fights.

We are all used to Facebook crying wolf about how small businesses will be hurt by Apple's app-privacy initiatives. Now Google has apparently taken a page from Facebook's playbook.

When clicked, the call to action takes you to a page titled: Understand the impact new legislation could have on your business. On that page Google details, in a very Meta/Facebook-like fashion, all the pain small businesses will face if the government successfully manages to put in place a regulatory framework to limit Google's unprecedented power and reach.

First up was a call to join an email list to help with advocacy on behalf of Google. After signing up the page notes, "Together, we can help shape the policy conversation and have an impact on regulations that affect you — and your business." I assume that is the royal we.

They proceed to list the "costs" in time and money that small businesses would incur if these new laws are allowed to pass:

Search has never been objective, it has long reflected Google's editorial choices regarding what should and should not be shown. But deceptively using a new(ish) search feature to promote Google's clearly self-interested antitrust agenda and attempt to manipulate traditionally conservative small businesses to support that position moves search results from editorial content to something more like propaganda, plain and simple.

There seems to be no better way to prove Yelp right about Google's inappropriate control of search results than by this brazen political appeal. Clearly this "feature"  is not for the betterment of the user, as Google frequently claims. It's about bamboozling small businesses to support Google in their fight to remain a monopoly.

Takes Astroturfing to a New Level

Google provides what appear to be three authoritative references to buttress their position that the bills before Congress are bad for small business:

"For even more information on these bills, see why the Connected Commerce Council, Chamber of Progress, and US Chamber of Commerce oppose these bills."

You are probably familiar with the US Chamber of Commerce, one of our country's largest big business lobbying groups, spending roughly $100,000,000 annually. Until 2019 they were climate deniers and actively fought against mild mannered climate bills. More recently they have opposed voting rights legislation. They have long stood against worker's rights and stood for the interests of big business. To say, as Wikipedia does, that "politically, the US Chamber of Commerce is considered to be on the political right" is an understatement.

Google is not just a member of the US Chamber of Commerce but they actively promote it as well. There is an old adage: "You are who you hang with, so choose your friends carefully." Obviously Google has chosen.

But to assure left-leaning businesses that Google doesn't just hang with the right politically, Google offers another "authoritative" source: the Chamber of Progress, a "coalition of technology firms that supports pro-business public policies and left-of-center cultural values."

Yet the Chamber of Progress is funded by a rogues' list of Silicon Valley companies including Uber, Instacart, Grubhub, and Doordash as well as Google, Amazon, Facebook, and Twitter. "The Chamber’s founder and chief executive officer is Adam Kovacevich, who previously led the public policy team at Google." Independent they are not.

The third source referenced, the Connected Commerce Council, has but a single, noble goal: "To promote small businesses’ access to essential digital technologies and tools." It is also funded by big tech companies, Google, Amazon and Square, and has been called out by the Campaign for Accountability as Big Tech's Latest Astroturf Campaign. They have the look of a small business advocacy group but clearly serve other masters.

Search as a Political Tool

Previously, I had been somewhat ambivalent about Google's role as a monopoly. I have long felt that the Business Profile has helped many businesses grow and prosper. The choices Google made, while hurting some businesses, did seem to offer faster and cleaner information that benefitted many local businesses and  consumers.

Google results have historically reflected their discretionary editorial decisions and were well received by users. The monopoly that they had created, if not abused, would not be illegal.

Google has been more discreet in pursuit of their political goals and subtler in their managing of the press. They have always been able to get what they wanted from most political entities without too heavy a hand. However, the overt and blatant use of a search feature to promote a clearly political agenda, to help Google maintain its overwhelming monopoly, is "beyond the pale." Either Google has become desperate to regain control of the narrative or is becoming more obviously pugilistic to achieve its goals – or perhaps both.

This effort to manipulate small business folks with astroturfing is a whole new level of deception. It lays bare Google's intentions to protect their monopoly at all costs. Their attempt to buttress arguments with manufactured alliances, for legitimacy, adds fuel to an obvious fire.

Google has clearly moved from the commercial realm of search into using it to influence the political realm. While Google seems to be able to deliver websites and businesses to searchers, I have no faith that they can equitably deliver political solutions or political opinions via their search tools. Nor should they be in a position to use their monopoly to influence the body politic.

Yet Google is doing just that; using search to tilt the political playing field. They are not attempting to improve the political discussion, toward some social good. Rather Google is focused on its own, narrowly defined well-being. They obviously do all this with one interest in mind: their own, not the small businesses they are recruiting and certainly not the society at large.

Update 11/16: Google has sent the first email to users that signed up to stay informed about Congress's new legislation. It is largely a rehash of the previous content although an additional paragraph with a link to the new Klobuchar/Grassley bill was included.

You can find the full copy here.

Update 11/12: Google has expanded their campaign to other business products like AdWords and apparently Google Domains with emails. On AdWords they added a cringy exclamation point to the notification in product:

Update 11/8: Google seems to be a/b testing which delivery mode delivers the most sign ups and support for their politicking. Darren Shaw of Whitespark.ca) just surfaced an email with similar intent: 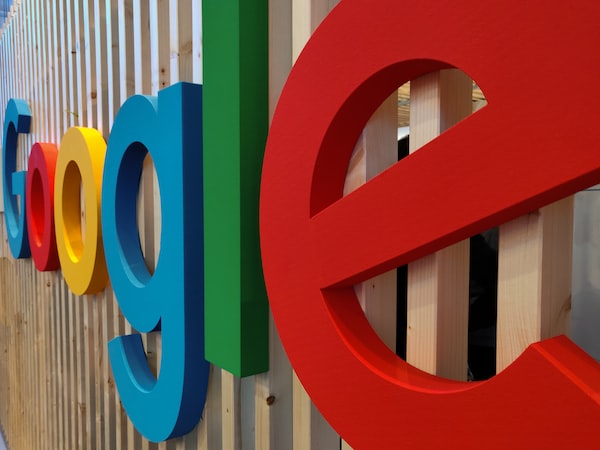 This week we discuss just one topic, the rebranding of the Google My Business tools to the Business Profile. With enhanced in-search and in Maps editing, Google is trying (once 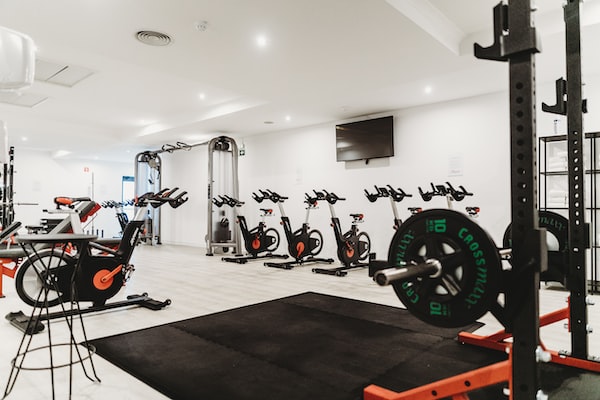 GMB to GBP: So What? I know that you already saw: Google "rebranded" Google My Business as Google Business Profile [https://support.google.com/business/thread/133876833/introducing-new-updates-to-business-profile?hl=en]