There has not been a lot of easily-obtainable financial research about the ORM industry as a whole, in part because so much of the work is discreet, and the bulk of companies providing services are privately-owned and keep details very discreet. Many agencies that provide ORM do it as just one of a number of services that include SEO, PPC ad management, social media management and more. This further complicates the analysis, making it more difficult to suss out just the ORM component. I suspect that there are other non-public reports quietly created behind the scenes by financial analysts.

MRI’s analysis and assessment seems extremely conservative to me. One notable previous assessment published by BIA Services Group (formerly BIA/Kelsey) projected back in 2011 that the ORM industry would collectively account for $5 billion revenues by 2015. So why the large discrepancy?

Of course, different financial analysts will account for an industry differently. It will depend upon how one calculates revenue and, more importantly, how one defines ORM. MRI lists a number of subsidiary services under ORM: reputation building, reputation monitoring and repair, content development and promotion, search engine optimization (SEO), social network analysis, review management, negative content suppression, and legal services.

BIA Services Group referred to it as "ERPM," an acronym for "email, reputation and presence management." While email is a very different beast and would account for some difference from the current MRI report, there is still a large discrepancy to be accounted for. I suspect BIA’s projection was overly broad in including some types of business within the already-broad category of Online Reputation Management. MRI’s projection is obviously quite conservative.

How Big Is the Market – Really?

One of the largest ORM companies in the world, Reputation.com, was given a valuation in 2019 of somewhere between $360 - $390 million, which dwarfs the entire industry's revenue in MRI’s report. Since businesses are appraised at roughly five times their current year’s earnings, this would have placed Reputation.com’s earnings around $72 million in 2019, or about one-quarter of the total ORM market. While I have no doubt Reputation.com has a lot of clients, I do not think they control one-quarter of the total North American ORM market -- the market is much bigger.

But no matter how you slice it, the ORM industry accounts for an astonishing amount of money. And analysts, in 2011 as well as in 2021, continue to be very bullish in projecting that this is a growth industry, which stands to expand sharply into the next decade.

Surprisingly to me, MRI’s report shows a very large percentage of the overall ORM business is devoted to the reputations of individuals: 22.14% versus reputation services devoted to businesses (enterprises), shown at 77.86%.

I would have expected that enterprises would comprise an even greater overall component of revenues. However, this may reflect a “long tail” dynamic wherein ORM services for individuals cost far less per project in most cases than for businesses. Indeed, there are a great many more individuals who need ORM services than companies and organizations.

MRI shows that roughly two-thirds of the market for businesses is for large enterprises versus small-to-medium businesses.

The MRI report contains a number of other findings. However, these are the most interesting in terms of the overall U.S. reputation management industry, and the continued opportunity for industry growth.

Reasons to Be Bullish

The ORM industry has seen substantial growth over the past ten years. But a year of COVID-19 emphasized to businesses and individuals that online reputations are more influential than ever and can have a material impact on revenue.

Even though there have been rumblings about alterations to Section 230 of the Communications Decency Act (which lends considerable protection to large internet company platforms and, by extension, gives protection to individuals’ freedom of expression on the internet), online reputation management is unlikely to be significantly impacted by any Section 230 revision. Even if some online expression becomes more heavily policed, many varieties of information will continue to impact the reputations of individuals and organizations.

Reputation is the gateway for engaged relationships and, as people recognize this fact, there will be increasing reliance upon ORM services to try to favorably influence reputations online.

There is good cause to be bullish on ORM services. Hopefully we'll see more research made public on this important sector. 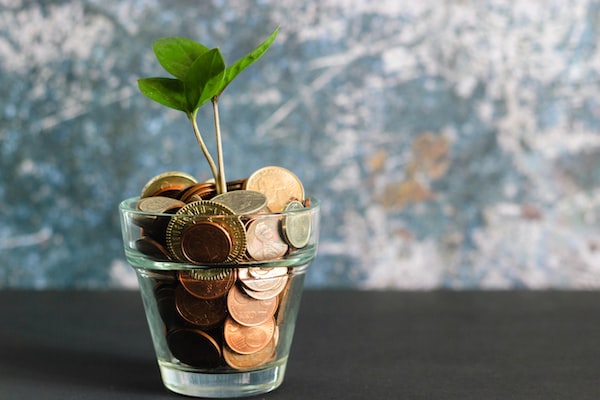 Google Poised to Disrupt the $27B Food Delivery Business Google has become a potentially disruptive player in the multi-billion dollar food delivery business. One estimate of the market's current value