Apple has finally rolled out their native Apple Map review and rating system in the United States. The feature has been available in the UK and Australia for some time but it appears that Apple has broadly rolled out the feature internationally as well.

How do you leave a review on Apple Maps?

When viewing a business on Apple Maps in a reviewable category, the call to action is a simple thumbs up or down. Tapping either icon takes you to a second screen where you can add thumbs up/down across a range of attributes. You are also given the choice of adding a photo at that time.

In all, it takes 15 seconds (I timed it) to complete the attributes and probably no more than a minute total if you go to the effort of adding a photo.

What is a review on Apple Maps?

Apple has made leaving feedback on a business very simple with a Netflix-style thumbs up or down for many business categories. The rating feature does not include any written review, but for many categories Apple also allows for an additional thumbs up and thumbs down rating of attributes.

While a thumbs up/down only approach without any text is not very revealing (with only two possible statuses), when viewed together, the specific attributes can present quite a nuanced picture of a business overall.

Unlike a simple 5-star rating system, Apple's thumbs up/down overall plus three individual attributes can provide up to 56 possible rating combinations. And because they include attributes, one can learn a great deal about a given place.

For example a dingy dinner might be a wonderful experience with great food and service but a terrible atmosphere. The system provides a lot of structured detail that a simple 5-star rating system can not.

These attributes vary by category, with some businesses having no attributes while others having either two or three additional attributes. There may be more variety in these attributes but here are a range of examples I've found so far.

Surprisingly, hotels do not currently allow any rating. Whether this is due to some previously existing contractual obligation, or the fact that Apple has enough worldwide data in that category from their third party providers is unclear.

Not having review content but having multiple attributes blurs the line between a review and ratings. It is neither fish nor fowl in the review world and as such it has certain weaknesses.

Most text from consumers is perfunctory and not very useful. Not offering text allows the reviewer to cut to the meat of the issue more quickly. That being said by not having any text, it is difficult to understand why any one review was negative. Customer service could be bad because an employee was rude or it could be bad because the system to provide service was fatally flawed.

Neither the consumer nor the business will be able to tell why. That limits some of the power of reviews for business improvement. Most consumers on the other hand will find the high level summaries (when they become available) more useful than just a simple star rating or a star rating with perfunctory text that is never read.

Unlike Google, Apple provides country-specific user guidelines for reviews. It is not clear how much these guidelines vary per country, but in the U.S., the terms include many of the standard clauses, including leaving the copyright to the review in the hands of the reviewer, while Apple retains the right to use the reviews in any way they see fit.

Google has long relied on hiding behind Section 230 and their Terms of Service to avoid having to deal with contentious or libelous review content. Apple, on the other hand, includes defamatory, libelous, harmful, unlawful, deceptive as reasons for a content violation. Given that there is no text currently available in an Apple review it is not clear how selecting thumbs up or down and including a photo could ever lead to one of those violations.

Apple, again unlike Google, is quite clear about what can and can not be in reviews and photos noting that your "submission must not including any of the following content or elements":

In what countries are Apple Maps reviews live?

According to Apple's website, the feature is available in over 60 countries including the U.S., Australia, the U.K. and what appears to be all of Europe. Besides the U.S. and Canada (both English and French), Apple includes 9 countries in Central and South America, 15 countries in the Asia Pacific region and 41 countries in Europe.

A few European countries like Hungary and a number in the Asia Pacific region offer ratings in English only, but most are available in the country's native tongue. Apple is offering reviews in 29 different languages.

More interesting is the countries in which Apple Maps ratings are not yet available (or for which they do not provide guidelines) including France, India, all of the Middle East and Africa.

Reviews are however available in Hong Kong and Chinese speaking areas as well.

Where do Apple ratings show?

So far in the US the rating is currently only shown to the person leaving it, and they do not yet appear when others view the listing. While the review call to action is readily visible on mobile, it appears that the desktop ability to leave a review is in the process of rolling out. Some users see the feature and others do not.

In areas of the world where there are Apple reviews (and no Yelp reviews) they are shown very high in the listing.

Where and when these ratings will become visible for public consumption in the US and how Yelp reviews will be handled on listings where there are both  is not yet clear.

Has Apple solved the "review problem"?

With this rollout Apple has dealt with several very significant issues with reviews.

The first is the reviewer's user experience. A user can provide a fairly detailed review in a very short time.

When the reviews become publicly-visible, the format will allow Apple to solve for one of the ongoing issues of review value by distinguishing between aspects of the service and acknowledging that a 5-star business may not do everything well. This could be particularly helpful in the restaurant space where a great restaurant can be anything from a dive to a romantic experience.

Apple, with over a billion phones in use, also knows the identity of every reviewer. For many reviewers, Apple has a long history and experience with that user, knows their travel patterns and even has their credit card on file.

This will make sock puppetry and reviews by fake users very difficult to execute. It will also make it very expensive for spammers to leave reviews, given that one iPhone can only leave one review at one location. It should dramatically cut down on possibilities for review spam right from the start.

However, good moderation still will require both automated and human intervention, and it remains to be seen how well Apple will handle reviews that violate the guidelines but that are not caught by their automated system.

Will Apple be responsive to the business community and quickly take down those reviews? It is one of the hardest problems in reviews and we will have to wait and see how Apple handles this.

Apple has, in their typical fashion, released a unique spin on reviews. One that will likely have a large role in the local ecosystem and be widely used by consumers.

I first wrote about Apple reviews almost exactly one year ago when they were first spotted in the iOS 14 beta.  At the time, I noted that consumers could be winners and Yelp could be a loser in all of this. The full rollout has solidified that opinion.

Apple has, over the past year, refined and rolled reviews out to most of the world.

While Apple's ability to provide moderation is still in question, they offer a fresh take on reviews that should be welcome by consumers and businesses alike. 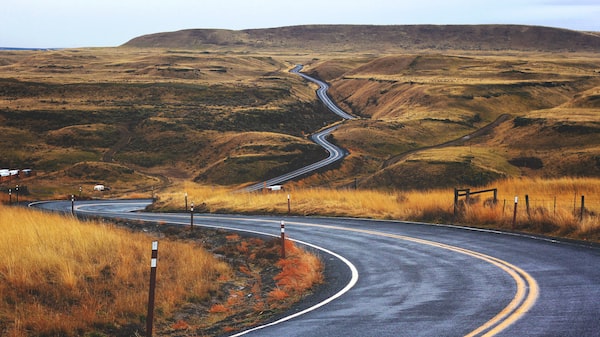 GoLocal: Walmart's Last-Mile Delivery Service Walmart is doing something that would have been unthinkable in a pre-Amazon world: offering its delivery infrastructure to other retailers. Announced earlier this week, the 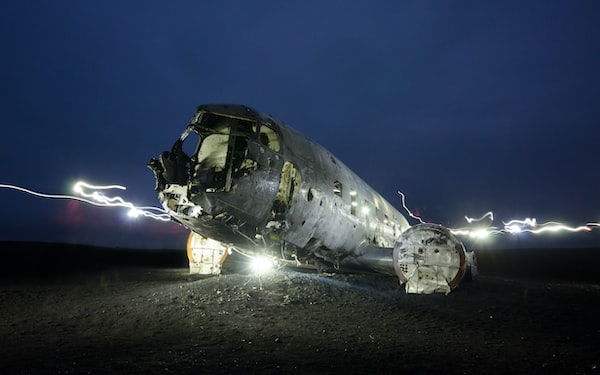 Study: Most Search Queries Are 'Mid-Funnel' Marketers discuss the "purchase funnel [https://en.wikipedia.org/wiki/Purchase_funnel]" all the time without really knowing what it means for their actual